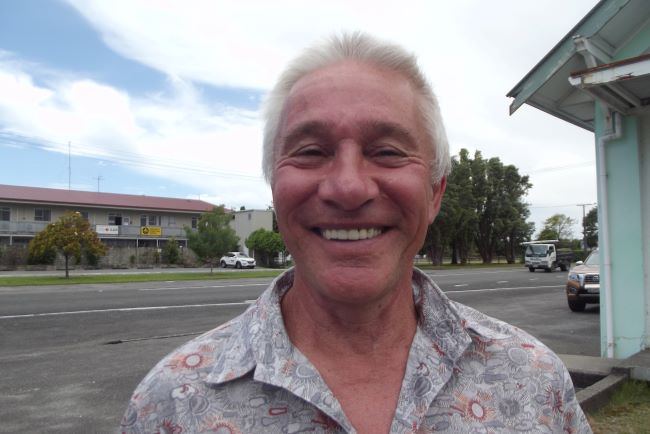 Westport Deepsea Fishing School director Peter Maich took a while to settle into his career in the fishing industry, which began 40 years ago in Lyttelton.

A keen amateur fisherman and surfer, he had to pass the beach to get to work.

“I had an old VW beach buggy with a surfboard and a fishing rod in it. If there was surf, I’d go surfing, and if it was calm, I went fishing. I think I had 18 jobs in the first two years, because I wouldn’t turn up, and get the sack,” he said.

That phase reached a natural end and in a few years, he moved to Nelson and got his inshore ticket. Over his two decades at sea Maich, 59, was crew and then skipper on the Fiordland cray boats owned by Nelson’s King-Turner family. He skippered the cray boats Solitaire and Kuni Moana, fishing out of Milford and Jackson Bay, and the 15-metre Talisman, trawling and tuna fishing up and down the West Coast.

Disappointed at not being offered an interview for the skipper’s job when Sealord brought the Aorere to Nelson, and wanting to try his hand at business, he bought the Westport school, established by Mickey Ryan around 1990.

“I wanted to see what I could do. There’s no limits to business – you can print your own ticket, stand on your own two feet and get on with it.”

Maich took the school over in 2000. It primarily offers pre-employment courses with government funding, taking young people on benefits into its residential programme.

“People are here for 10-12 weeks, drug and alcohol free, we do a whole range of health and safety training, vessel anatomy, sea survival, firefighting and then processing training so they’re fit to go on a boat.

“They should ideally be able to get onto a boat safely, put the gear on, get in front of some fish and start packing it. They’ve got the fundamental skills and they get tuned up in the workplace.”

That’s the primary focus of the school but it also offers the Advanced Deckhand Certificate and STCW Basic, the international maritime short courses which are embedded in the New Zealand tickets. It has also just been approved to offer Skipper Restricted Limits training.

Maich and his dozen staff are putting through around 120 people a year in pre-employment training, including 10 places for under 18s, a minimum of 100 for beneficiaries aged over 18, and 8-10 scholarships for deepwater companies, which under the latest legislation are required to train or engage Kiwis.

The school, which operates out of a converted milk treatment factory close to Westport’s centre and has a 50-room hostel, does most of the deckhand training for the South Island for Sealord, Sanford and Talley’s.

Maich said this part of the business had grown from one or two people a year once it was clear that it could be done in four weeks on a trip off.

Flexibility in course dates was vital for the inshore industry, he said.