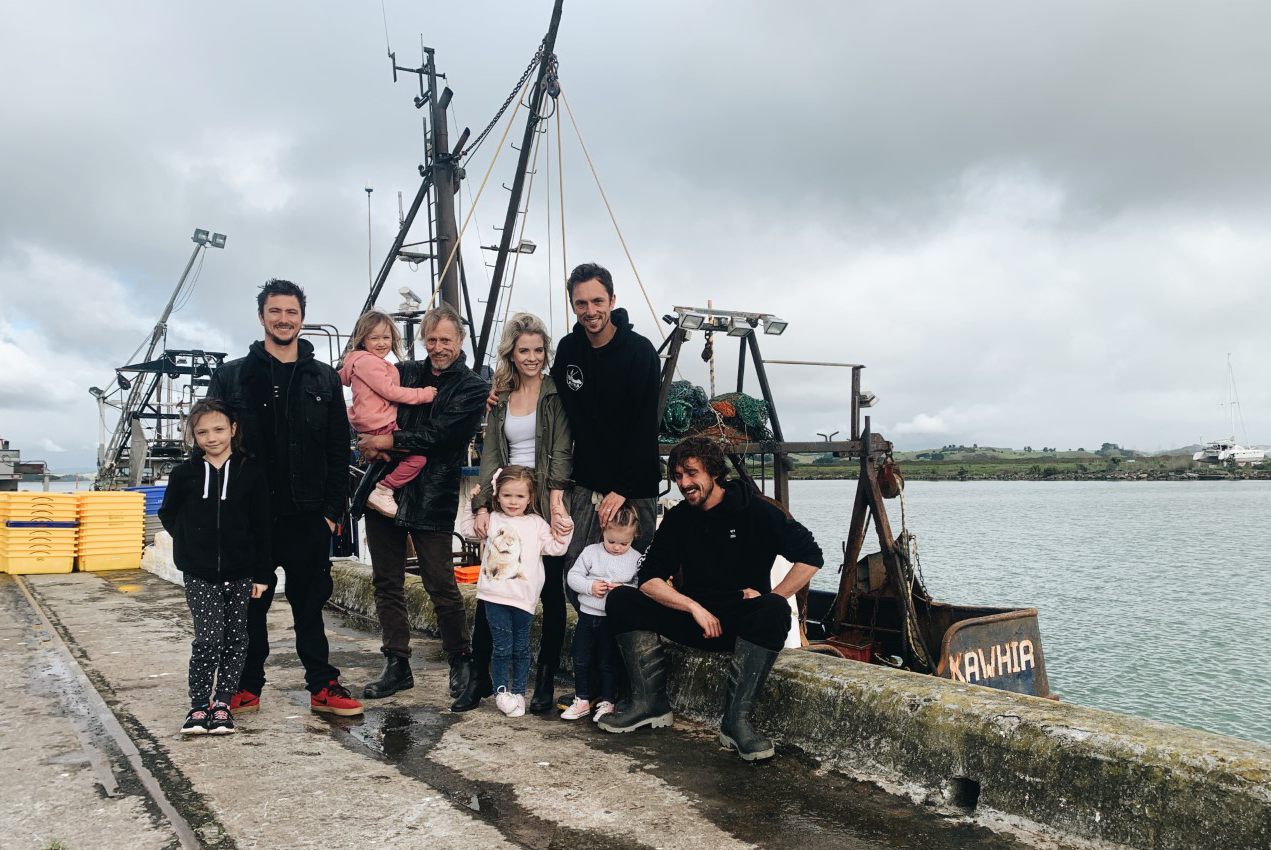 At 32, Sam Hayes has been earning his living from fishing for more than half his life – and going to sea for longer than that.

The son of Whangarei commercial fisherman Greg Hayes, he recalls looking forward to heading out on his father’s boat during the school holidays.

“It was always a big part of our lives.”

He said school was ‘’the last place I wanted to be” and when a mate turned up and asked him to go surface lining, at 15 ½ he became a commercial fisherman.

Greg was semi-retired at that time, but decided to get back into fishing and after a year of catching albacore and bluefin tuna, Hayes was back with dad, Danish seining for 12 months. Next came his first trawling job, working out of Auckland on the deepsea boat Seamount Enterprise. He did four seasons on orange roughy, earning his skipper’s ticket towards the end of that stint, and then started on a small inshore trawler.

“I absolutely loved it,” he said. A year or so later he joined Sanford’s San Colville, Danish seining again. It was another four-year job and then he bought the trawler Jay Debra, finding out later that his winning tender was just $1000 ahead of the competition. A little over two years later he bought his current boat, the 18-metre Kawhia (formerly San Kawhia) basing it at his home port of Whangarei.

Targeting mainly trevally, snapper and tarakihi, almost all caught with the Precision Seafood Harvesting system, he shares the skipper’s role with his brother Bob, taking turn about a week at a time, usually with three crew on board.

His father is a fulltime fisherman again, having bought the Colville from Sanford, with the two boats the biggest in the small Whangarei fishing fleet. Another of Sam’s brothers, Nick, fishes on Colville.

Fishing is more than a living to Hayes. As a youngster he used to “race out in the tinny” after school and today he’s got a six-metre hardtop. He said he loved to take his wife Amy and two preschool aged daughters Summer and Madison out in it over the summer.

“It’s one of our favourite things. I spend the evening fishing while the girls trawl through my tackle boxes.’’

So when it’s sometimes suggested that it’s surprising he hasn’t ‘’got over” fishing, his answer is clear.

“How could you get over it? It’s wonderful. I absolutely love it.”

Hayes got involved with the Federation five years ago and hasn’t missed an annual conference since.

He likes to see it taking an active role in educating the public about the commercial sector, and fighting its causes, and to see the member banding together.

“If we lose that unity we have no power in the industry.”

He sees a big part of the job as “taking a face to the public and showing them that we’re not the bunch of criminals they seem to think we are”.

He is still learning about how the Federation operates and intends to take a greater role as time goes by, particularly as the older leaders reach retirement age.

Already he puts in a lot of effort trying to turn around negative public opinion, especially among the recreational fishing sector.

“I don’t know how many times I’ve found myself trying to turn just one person. It’s really disheartening when you see how poorly they think of us. There’s definitely been a few guys over the years that haven’t helped our cause – but I know for a fact that’s stopped.”

Hayes said a lack of education about the industry was a main driver of the negativity, coupled with selective reporting of the issues, often giving fishermen only a token voice in the coverage.

“And there’s a few people out there who are trying to turn people against us, the likes of LegaSea, taking the few bad cases there have been, and absolutely playing on them.”

In contrast to the claims the detractors make, the Quota Management System was working very well and he had the evidence in his father’s bookkeeping, he said.

“I had a look at Dad’s catch records from Area 1 before the quota system came in – some of those catches were tremendously low, and he struggled. Now we can go into the same areas and we can’t stay away from snapper – it is just prolific to what it was, and we see an increase in other species as well. We’ve had one of our best years on trevally this year.”

He also sees great benefits in PSH, which has been involved with since the early trials and now uses for 90 percent of his fishing.

Combined with onboard pounds to allow the fish to swim after being caught, it produced catches of almost longline quality and value, he said. Even dumping the catch on the deck to be sorted gave substantially better quality than fish caught in a cod end, and this allowed for longer tows.

“Everyone gets a good sleep and the quality is still excellent, as if you’ve put the shot down and pulled it up straight away.

“Man I can tell you now, there’s no better trawl technology in the industry.”

Hayes sees himself fishing for at least another 30 years, already thinking that one day his daughters might run the business.

“As the years go on I’m only getting more and more to catch, the way it’s going there’s a strong future for the few young guys that are involved now.”

The industry’s key challenge, he said, was educating the public into a better opinion of the commercial sector. He supports the industry’s public relations work and has himself been the subject of an episode in Graeme Sinclair’s Ocean Bounty series.

“A lot of the guys that I’ve seen and talked to that have a poor outlook on fishermen, as soon as I start telling them certain things and they start understanding what’s going on, the view changes. It’s such a difficult subject and I’m not sure how we tackle it.

“But you can’t sit back and not do anything.”